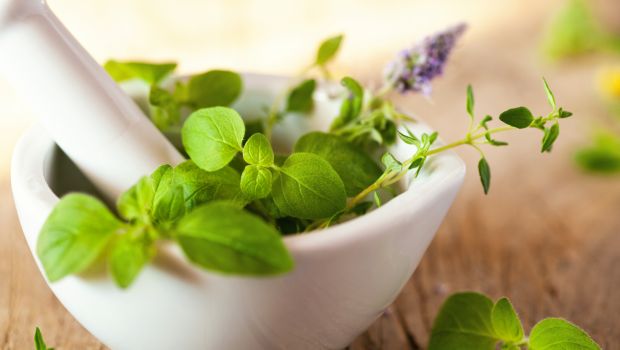 Its potent anti-inflammatory properties come from curcumin – the pigment that gives turmeric its yellow-orange color, and which is thought to be responsible for many of its medicinal effects. There are an estimated three to five grams of curcumin in 100 grams of turmeric.

Direct from the Kalahari Desert comes devil’s claw, a claw-shaped fruit that has been used for centuries by the South African tribes as a natural remedy for inflammation and to treat arthritis pain. Numerous studies carried out on devil’s claw show it to have powerful natural NSAID-like properties. In fact, the journal Phytomedicine reported that it is just as effective as the osteoarthritis medication Diacerein. What’s more, studies carried out in both France and Germany pointed to devil claw’s effects being similar to cortisone.

Traditionally used to sooth the digestive tract; a study published in the journal BMJ in 2008 found peppermint oil may even be beneficial in the treatment of irritable bowel syndrome. Also known to inhibit the growth of bacteria and fungi, and can help relieve symptoms of allergies and asthma.

It has anti-inflammatory properties and helps protect against bacteria and fungi. Also eliminates intestinal gas and relaxes and soothes your intestinal tract, while boosting your immune system.

One of the most potent anti-inflammatories with anti-bacterial and antioxidant properties. Beneficial against muscle pains from injuries, arthritis and rheumatism. It also contains eugenol and its mild anesthetic benefits are useful for toothaches, gum pain and sore throats. Also offers relief from respiratory ailments such as asthma and bronchitis, and eliminates intestinal parasites, fungi and bacteria.

A study in the Journal of Bioscience and Bioengineering found that nutmeg extract has antibacterial activity that can significantly reduce certain strains of E. coli. Nutmeg is also beneficial for joint pain and gout, and nutmeg oil has been traditionally used to treat toothaches.

A powerful antimicrobial agent that also enhances your antioxidant defenses. It’s been found to kill E. coli and many other bacteria. Its anti-inflammatory compounds help relieve pain and stiffness of muscles and joints due to arthritis. Also helps prevent urinary tract infections, tooth decay and gum disease.

A Guide to Use of Horse Chestnuts w/ Oil & Salve Recipes

How to Reduce Food Waste?

What is the MSG? Why it is so dangerous?

Our red bell pepper soup is a great starter for yo

Dehydrated-raw buckwheat cereal with chocolate and