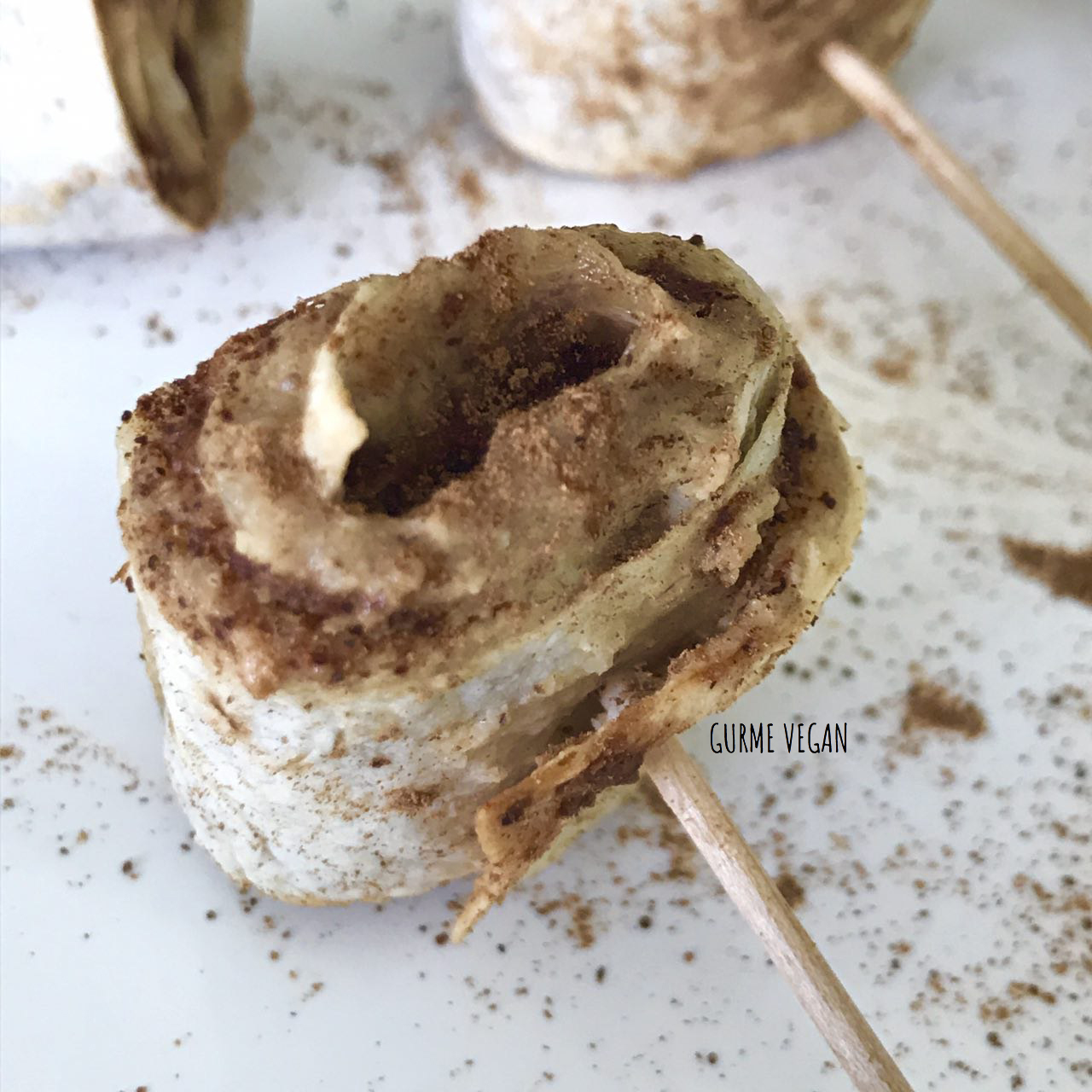 A pinch of sea salt,

3. Stir together cinnamon, coconut sugar and 2 tbsp coconut oil in a medium bowl.

4. Cut tortillas into 2 inch strips.  Divide vanilla sauce between the tortillas with a teaspoon. 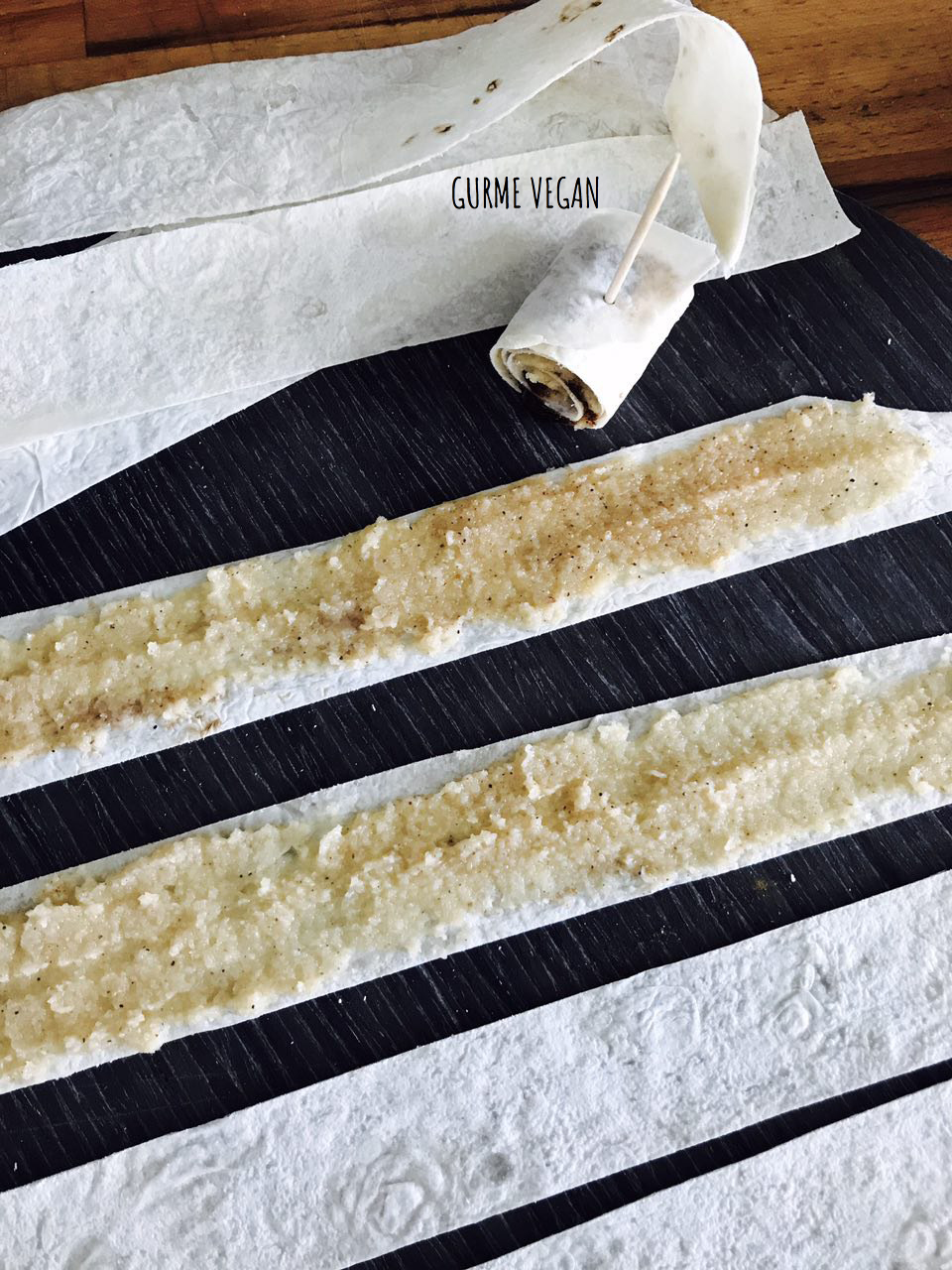 5. Sprinkle cinnamon sauce of it.

6. Roll each tortilla up tightly. Put a toothpick into each bite in order to not open in the oven. 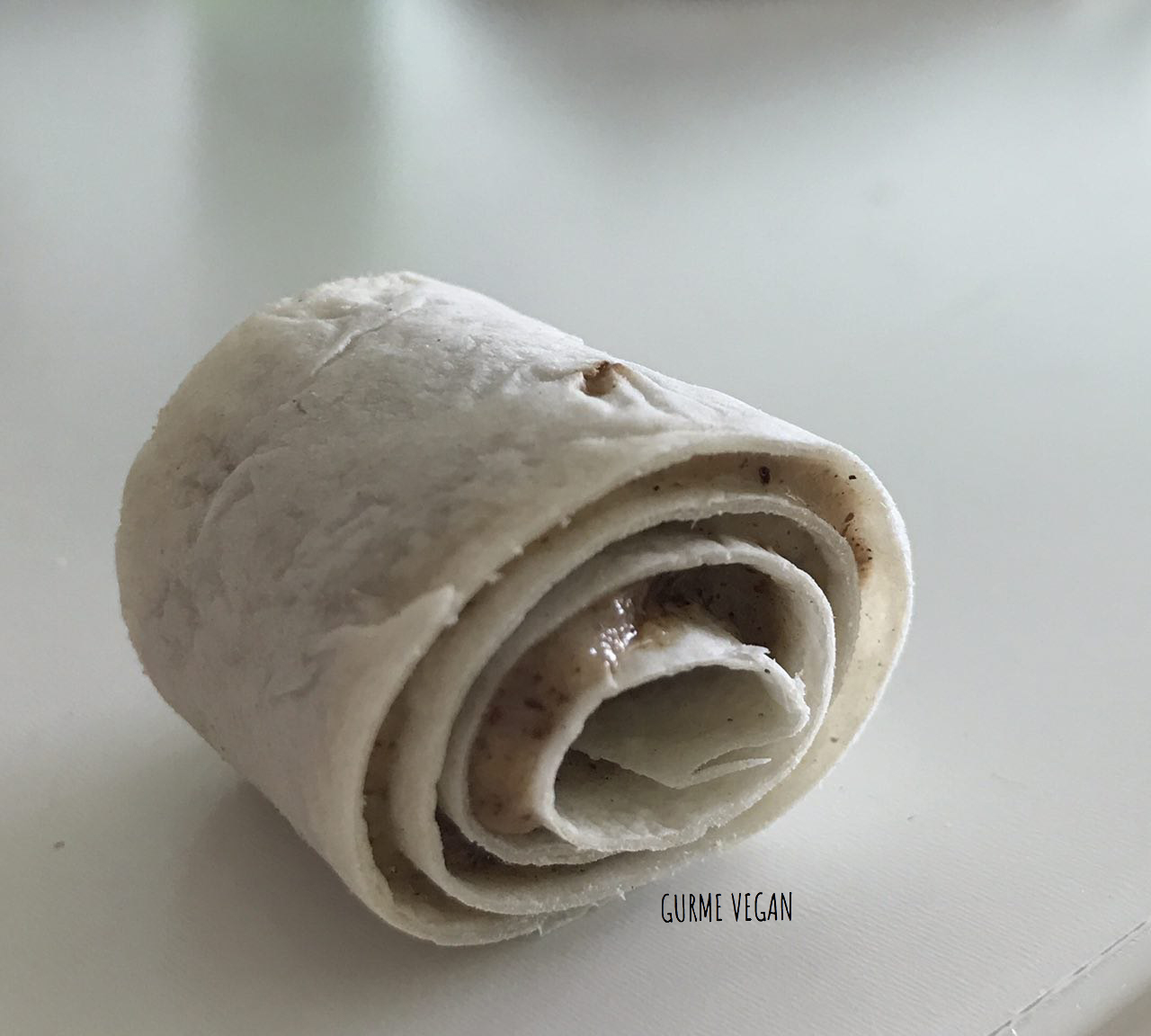 7. Place all rolls in a pan with baked sheets, bake until the filling is melted and fried. It usually takes about 7-8 minutes. 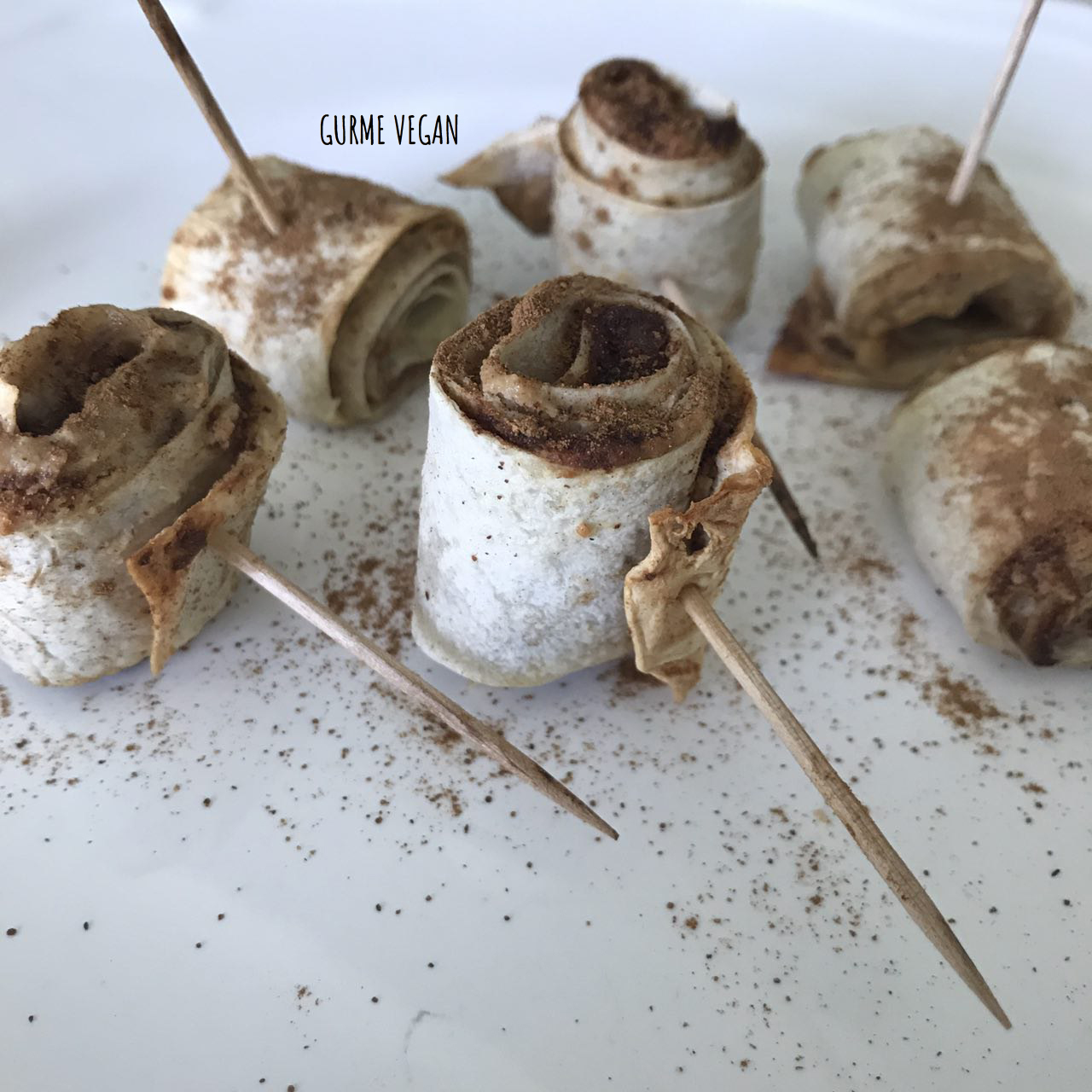