Use of Carrageenan and Agar in Vegan Cheese Making 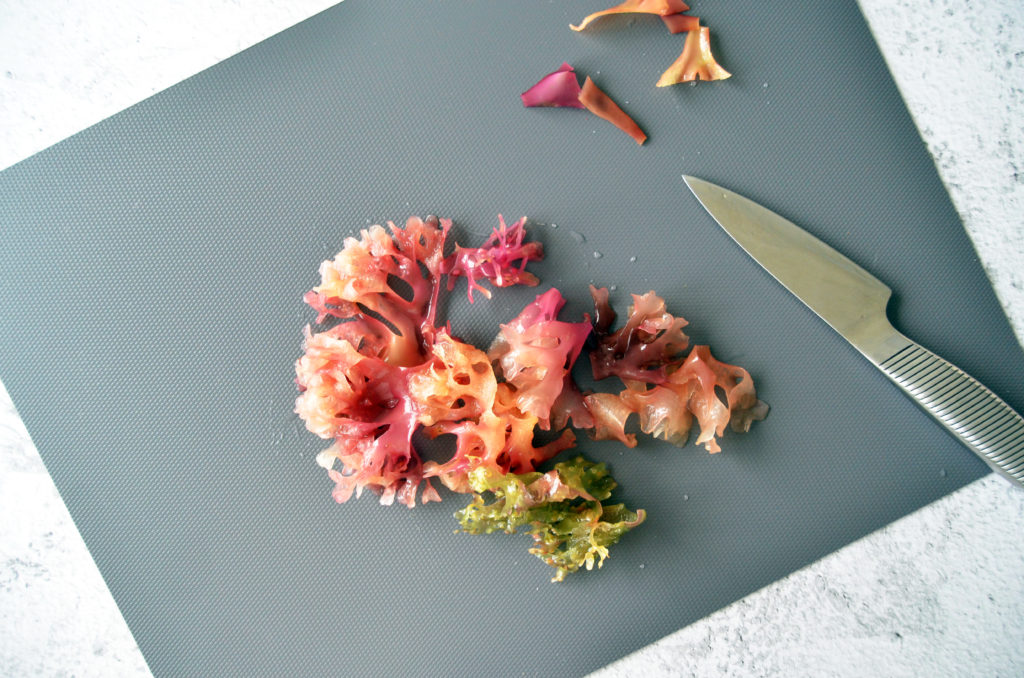 Carrageenan is obtained by extracting a kind of seaweed. It is also known as Irish moss with the E407 code. The type used in cheese making is in powder form. Kappa, iota and lambda. Of these, kappa has a hard gel form and is often used instead of agar for vegan cheese making.
It is also common to use as a binder agent in toothpaste.

Agar is obtained by processing algae, it has E406 code with white yellow color that is a kind of thickening gelatine. The word comes from the word “agar-agar” which means “gel” in Malay.

The agar is dissolved in boiling liquids and when cooled, forms a gel between 38 ° and 43 ° C depending on the type of seaweed from which the agar is obtained. Unlike gelatin gels which melt at 37 ° C, they do not melt up to 85 ° C or above. In food applications, it does not cause problems in low climate conditions such as low temperatures. At the same time, it does not melt at low temperatures, such as gelatin, the mouthful of the final product is perfect. This tremendous difference between the gel forming temperature and the melting temperature makes agar-agar unique for most applications.

I tried different alternatives for cheese making and i think agar works well for desserts. But carrageenan is perfect for melting cheeses.

There are some articles on the internet about the harmful effects of carrageenan, but these are not based on scientific basis.
It is mentioned that there may be side effects from excessive use of the substance. This is the same for a lot of nutrients. Depending on the dose used may be harmful as well as benefit.

As a vegan, vitamin B12 has always been uncomfortable to take as a capsule. I do not prefer to use additives such as carrageenan, agar, guar gum in my daily meals. On the other hand, I follow the developments in the market closely and try at least once.
I try to use it at the end of the research or development, or I prefer not to use at the end of the process.

Tobacman also references studies that show that native carrageenan can promote colonic tumors in rats; however, the carrageenan in these studies made up anywhere between 2.5% and 15% of the rats’ total diets. In contrast, foods that contain carrageenan have the ingredient at tenths (.1%) or hundredths (.01%) of a percent within the food and these foods make up only a small fraction of our overall diet.

Therefore, comparison is not a correct equation. I do not think it to be a healthy result, as I do not find it to be ethical.

I came across an article on Washington, D.C. August 10, 2016; A recent study on carrageenan, an important factor in providing stability and tissue in many foods and beverages, clearly indicates that the content does not trigger inflammation in human cells as claimed by the Irish moss opponents like Tobacman.

An internationally recognized toxicologist and specialist of carrageenans The study, conducted by James M. McKim, was recently accepted for publication by the Journal of Food and Toxicology. This important research suggests that the food component contributed to some negative health outcomes. It represents the outcome of a two-year study that rejects the findings of carrageenan critics, including Joanne Tobacman.

McKim’s research reveals the fundamental flaws in Tobacman’s evidence, participating in extensive scientific research that shows that the use of Irish moss is not detrimental, and sends back extensive claims that certain groups are harmful to the Irish moss and must be removed from the food.

For more information on carrageenan and other additives and additives used in food production, visit www.foodingredientfacts.org. (The International Council for Food Additives (IFAC) is a global organization that represents the manufacturers of food additives. IFAC, founded in 1980, aims to promote science-based regulation and the global alignment of food content standards and specifications.

Carrageenan is popular as a plant-based, environment-friendly gelling alternative and has been used safely in foods for hundreds of years.

In addition, A famous vegan cheese brand ” Follow your heart” also uses carrageenan in their cheeses. They told that they care about their consumers’ health and published an article about carrageenan on their site.

Miyoko Schinner, who writes a book about vegan cheese making, often uses carrageenan in recipes and says that i prefer it because it provides good melting. Agar, on the other hand, gives a gel-like solid texture and does not completely dissolve in heat like carrageenan. Tapioca starch can also be used as an alternative to melting but will not give enough hardness.

It was once thought to be a fragmented type (polygeenan) of carrageenan that only potentially caused ulcers and cancer, but now there are those who, according to the type, are spoiled when the food is heated. There are many people discussing this. According to Miyoko, a small Irish moss in your cheese is much less harmful than milk and meat. Remember, people spread a great deal of information about the soybean that is carcinogenic. Interestingly, there are diseases that are said to be caused by carrageenan however, in order to treat these diseases, it is recommended that the purified form of Irish moss be used medically.

If you prefer to avoid the purified form, you can use the cheap and ready Irish Moss powder. It also works well, sometimes it can leave a fish smell (some people don’t care about it).

Today, there is so much misleading information and finding right information has become a demanding effort.

Recently, under the name of increasing healthy nutrition, people have written every term they do not know on google and started to disseminate all kinds of right or wrong information.

It is very important not to make a final decision without examining scientific research.

*Photos courtesy of the wonderful people over at Seaweed Consulting.

This error message is only visible to WordPress admins

Please go to the Instagram Feed settings page to create a feed.